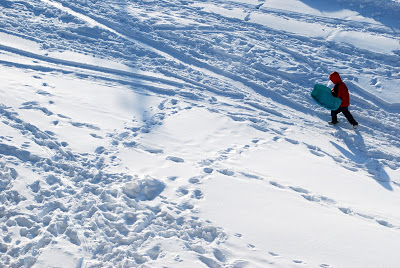 A neighbor boy, enjoying the week's snow before it turns to slush. Oh what fun.

my only resolution for the year:

And God is able to make all grace abound to you, so that in all things at all times, you will abound in every good work.
II Corinthians 9:8
Scripture memory. One passage every two weeks. And for accountability, the readers of the "siesta" blog. I missed the first round, but now that I'm in it, I'm going to try to stay in! 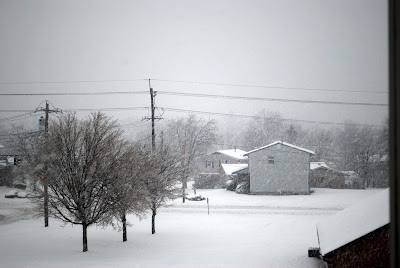 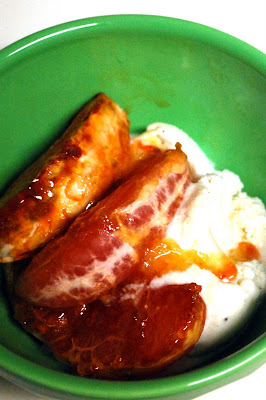 I found this idea in Real Simple magazine: Lightly cook grapefruit segments in a hot skillet with a few spoonfuls of sugar and a drops of vanilla; serve with its sauce over ice cream or pound cake. 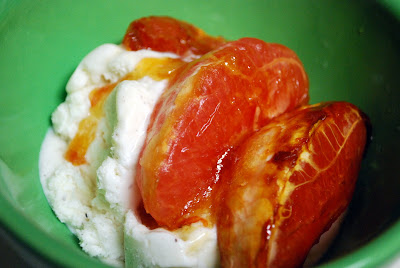 It is a warm, cold, quick, juicy and extremely fragrant winter dessert. In fact, it almost smells better than it tastes! I just wish that I had a room spray that captured the scent.
Posted by Elizabeth {the Path Less Traveled} at 1/28/2009 09:12:00 AM 1 kind comments

I have been reading Julia Child's My Life In France, and have been enjoying it.
Her way of writing flows so very well, and is engagingly entertaining.

She and her husband Paul spent two years in Norway, and her description of Norwegians reminded me so much of the ones I know (er, my family):
"There were ... more redheads per square meter than anywhere else I'd ever been. Every Norwegian seemed to be good-looking and healthy, and to have an air of uncomplicated niceness." (chp. 5)
That's us! Redheaded, healthy and "nice".

On writing Mastering The Art Of French Cooking: "Seeing one's inadequate English frozen into type was a lesson in humility." (chp. 6)
No kidding - so often I feel the same way. 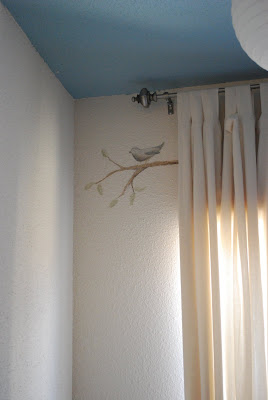 I am totally in love with Baby's room. There are times that I walk and just sit and look and dream. She'll be here so soon, and yet that time still feels so far away. It still seems unreal that in a few weeks there will be a real live baby here, sleeping, blinking, yawning, needing us. Our Baby.
I love this room. 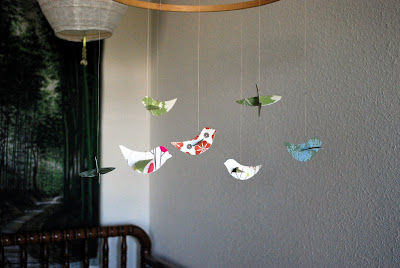 Because it is on the North side of the building, the light is soft and glowy, kind of dreamy. I added a few more "bird" things to it, and now it almost feels complete.
Almost.
Posted by Elizabeth {the Path Less Traveled} at 1/23/2009 11:58:00 AM 5 kind comments Saturday's shopping trip with Leah, originally uploaded by Lizi Beth.
Brian's fiancee - my future sister-in-law, how great is that! - and her mom and sisters, as well as Teri and Sarah, came over on Saturday. We all went dress shopping together ......... and had a wonderful time.
Thank you all for coming! It was so good to see you and spend the day together. (heart)
Posted by Elizabeth {the Path Less Traveled} at 1/19/2009 02:09:00 PM 0 kind comments 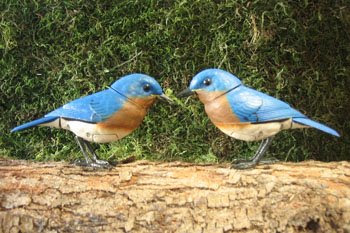 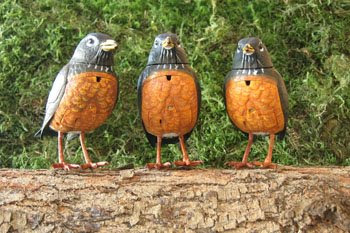 Of course, the robins are pretty adorable, too!

Labels: baby, beautiful, because I had to show someone, family, joy, links, ponderings and ramblings 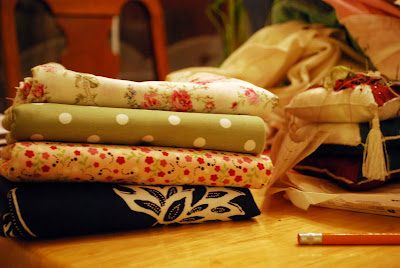 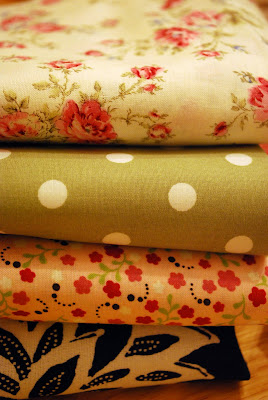 Hancock Fabrics is having their MLK, Jr. sale until Monday. Most of their cotton prints are 50% off, the Simplicity patterns are 5 for $5, McCall's are $1.99, and a bunch of their threads and notions are on sale, too.
Baby dresses! My mind is picturing baby dresses! I have one almost completed .......... 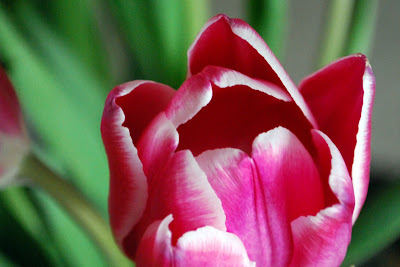 Did you know that tulips smell like honey? I didn't either, until John brought these home the other night. Their scent has been wafting by me pretty much all day long. A nice bit of spring when it's 7 degrees outside.
Posted by Elizabeth {the Path Less Traveled} at 1/16/2009 05:39:00 PM 0 kind comments 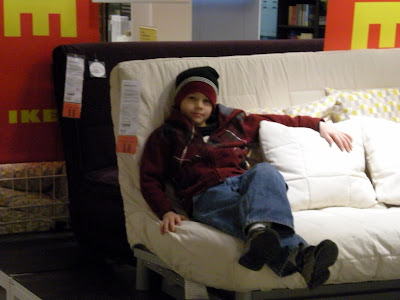 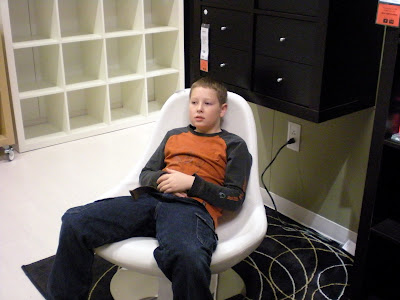 Nathan
My mother-in-law Teri, Sarah and the younger guys came down on Monday and we trecked IKEA. 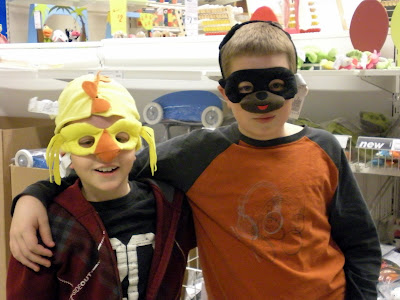 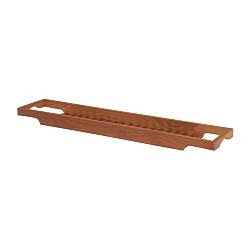 the Molger bath organizer for 5.99

There were a few other things that I wanted to get, though I still need to think them over/ talk them over with John:

the Gulliver childrens chair (I want at least two, maybe four) for 7.99 each, half off ... which means if we get four we'd only be paying the price of two ... but then we'd have to find a place for them ......... maybe?
Not bad at all, especially considering that they're wood!

the Gulliver childrens table to match the chairs, at 14.99


We'll have to see. We don't really need them now, but will they ever be this cheap again? We don't have a place to set them up, except, perhaps for one chair, but the boxes are flat! Oh, decisions.


Well, we had a great time there, and came back tired, with sore feet and a few goodies. Thanks for coming down guys! It was great seeing you!
Posted by Elizabeth {the Path Less Traveled} at 1/15/2009 01:30:00 PM 0 kind comments


With eyes wide open to the mercies of God, I beg you, my brothers, as an intelligent act of worship, to give Him your bodies, as a living sacrifice, consecrated to Him and acceptable by Him.

Romans 12:1, Phillips
In pregnancy and childbirth, I do one of the most amazing physical feats humans can do: I present my body as a living sacrifice for the sake of creating by God's power another person. I would like to think this is how all sacrifice should feel in the religious life: the hurts don't go away, but eventually they make one glad. They are markers on that path to wonder.
Debra Rienstra
Great With Child, p. 89
Whatever, therefore ye eat, or drink, or whatsoever ye do, do all to the glory of God.
I Corinthians 10:31
Posted by Elizabeth {the Path Less Traveled} at 1/13/2009 01:13:00 PM 0 kind comments 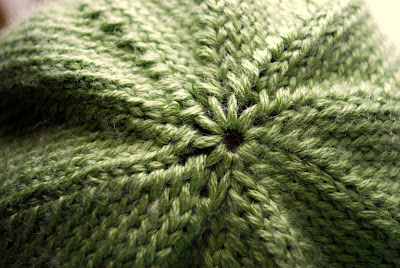 Last night I finished a little cloche for Baby, altering the pattern a little from the one in The Expectant Knitter. 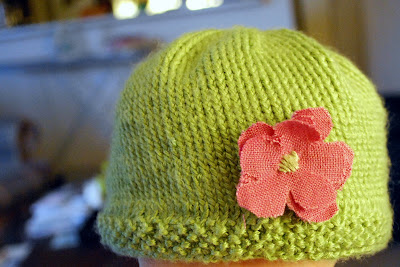 this pic isn't true to color, but it shows the flower

Labels: baby, because I had to show someone, love, pictures, ponderings and ramblings, projects 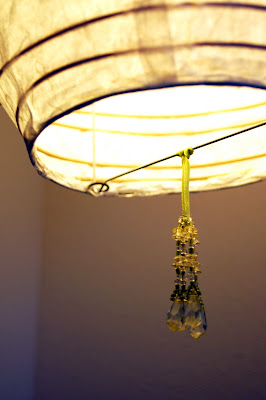 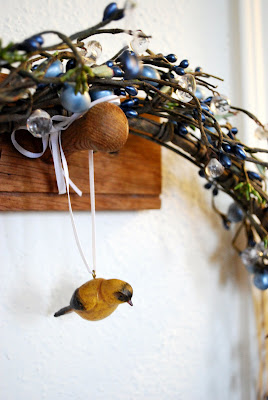 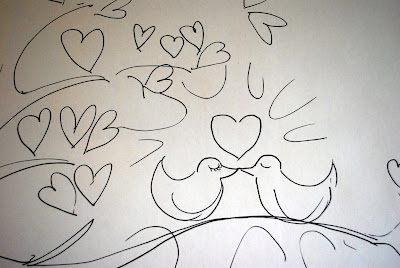 wall art, done on white butcher paper by my uncle 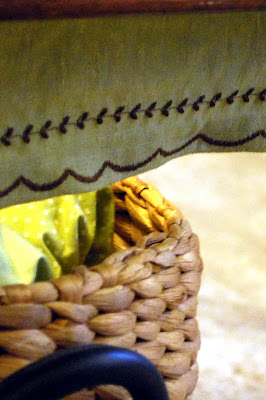 homemade crib skirt, trying out the embroidery stitches on the sewing machine 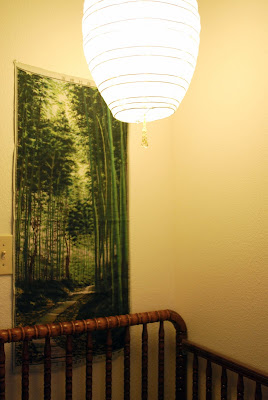 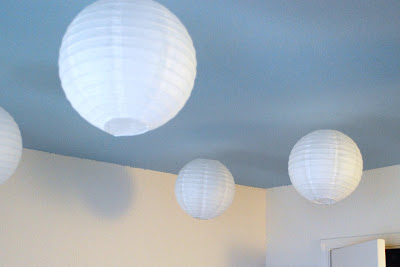 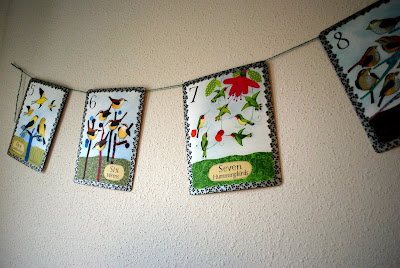 a few more birds, can be found here but I bought them here for mere pennies 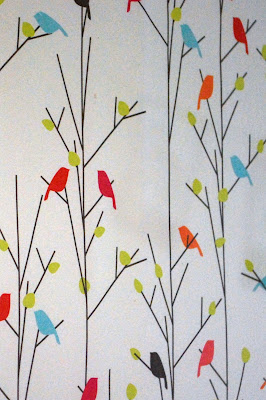 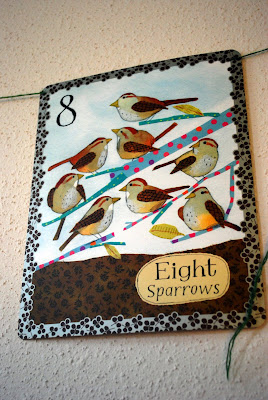 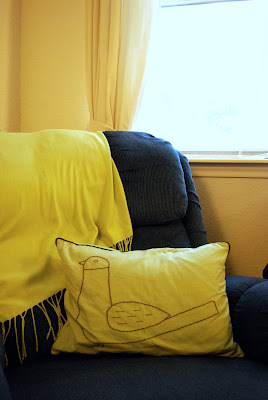 finished bird pillow inspired by this

Things are coming together in Baby's room. Half of it is taken up by the guest bed, which at the moment happens to be covered in projects that I am working on and boxes that I am going through, but the other half is looking rather sweet. We have had so much fun putting the room together. Parts of it are still rather hodgepodge-ey, but I think the idea that I originally had is finally coming through.
Along the way we had a few course shifts from the original plan:

There are still a few things that need to be figured out or "found", such as, what are we going to use for a changing table? A dresser would be great - especially if it had shelf and drawer space. Also, the room doesn't quite seem tied together yet. I can't put my finger on it, but that little "something" just doesn't seem to be there. Maybe I'm too picky, or just have been working at it so long that I can't step back and admire. Anyone have an idea for how to bring it all together?

In the meantime, John and I are eagerly awaiting our Little One. We went to visit the mid-wife yesterday, and she was pleased at how we're growing! Baby is 34 weeks old, head down with her feet up. Those little feet are pretty active, too! They tend to find their way up under my ribs, making it a little tricky to bend over or get comfortable. Soon enough, though, I know I'll miss that feeling. 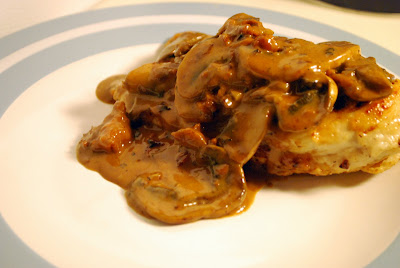 One of John's co-managers gave us a bottle of sparkling white wine (domestic Champagne) for Christmas ........ and I found an amazing recipe to use it in! Mom used to use the extra red wine "gifts" from Dad's farmer clients to make a grape jelly that had an amazing flavor. I thought of using the sparkling wine for something similar and realized that the flavor might be a bit odd. So, I chose a chicken dish instead. It's flavor is amazing: light, but still a little too complex to be considered comfort food - possibly a "company" dish? Wonderful when served with a baked potato and some salad.
So, here's the link to Chicken Breasts in Champagne.
Posted by Elizabeth {the Path Less Traveled} at 1/05/2009 08:44:00 PM 2 kind comments

the meaning of matter

One of the most profound and far-reaching implications of the Christian belief that God both created the world and entered it personally, is that matter matters; it has inherent meaning. It is not simply neutral, empty and waiting for us to grant whatever meaning or value we choose at any given point. We strain to touch the meaning of the physical world, to find words for it; but the source of its profundity is beyond us.
-debra rienstra
great with child, p. 27
The source of its profundity is beyond us, but also, incredibly, within our reach (John 1:10-13). What a paradox.

Because He created and came into "our" world, every minute cell has meaning. Especially the cells that join to form a fresh life, and to which a soul is given. Just the fact that God created it gives even the microscopic bits of matter meaning, but how much more so when He became a tiny bit of matter Himself.

This Christmas especially I have pondered over and over the weird and awesome fact that God would choose to become so vulnerable, so tiny. For a third of pregnancy, our Messiah could have fit inside my hand.
I have pondered how Mary felt. Did she ever mourn for what might have been, for her normal life that would never be? Did she panic when she felt a strange pain or twinge? Or was there a slight sense of relief, that maybe she wouldn't be asked to carry this child after all? What was her joy like?
And how Joseph felt. Did he take pride in Mary's growing belly? Did he talk to Jesus, sing to Him, listen to His heartbeat? What was his anticipation like? Was it more trepidation, or was he able to leave his fears at God's feet?
Posted by Elizabeth {the Path Less Traveled} at 1/04/2009 12:57:00 PM 1 kind comments